Sulfo-Cyanine 3 are sulfonated, hydrophilic, water-soluble orange fluorescent dyes for the labeling of proteins and nucleic acids, and are suitable for use in a wide range of fluorescent scanners, imagers, microscopes, and other instrumentation. They are bright and photostable dyes that are also easily detected in gels by naked eye in low amounts (<1 nmol). They can be used to label biomolecules such as DNA and proteins.

The main structure of sulfo-cyanine 3 series dyes is shown in Fig.1. The structure contains two indoline rings flanking a polymethine chain, and the naming convention is that the first number represents the number of carbon atoms between the indoline groups, and a suffix of 0.5 is used for benzo-fused cyanines. Compared with non-sulfonated cyanines, sulfonated cyanines include sulfonic acid groups, which can effectively increase their solubility in water. Sulfo-cyanine 3 dyes are highly water-soluble, and labeling with these reagents does not require organic solvents to aid solubility. The excitation peak (Ex) of sulfo-cyanine3 is 550 nm, the emission peak (Em) is 564 nm, the extinction coefficient (εmax) is 162000, and the quantum yield(Φ) is 0.1. 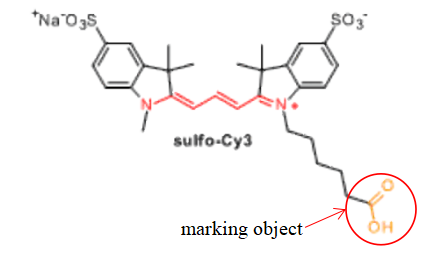 Fig.1 The structural formula of Sulfo-Cyanine3

Sulfo-Cyanine 3 are a series of compounds with numerous reactive derivatives such as NHS esters, maleimides, azides for click chemistry and others.

Sulfo-Cyanine 3 can be used in a variety of environments, such as aqueous solution with nanoparticles; In protein conjugates purified by dialysis; In sensitive proteins that denature in the presence of organic cosolvents and in proteins that are hydrophobic or insoluble in water. Sulfo-cyanine 3 can be labeled for proteins and peptides; DNA and nucleotides; antibodies and other biological molecules. Sulfo-Cyanine 3 dyes are common and commonly used fluorescent dyes. At the same time, it should be noted that sulfo-cyanine 3 should not be used when the labeling reaction of dyes is carried out in organic media such as dichloromethane and acetonitrile.