Sulfo-Cyanine5 is a class of dark blue reactive dyes used to label substances such as peptides, proteins and oligonucleotides. Sulfo-Cyanine5 dyes have low nonspecific binding to biomolecules and exhibit bright fluorescence due to their large extinction coefficient and good quantum yields. These dyes require small amounts of organic co-solvents such as DMF or DMSO for the labeling reaction. This reagent is ideal for very cost-effective labeling of soluble proteins as well as various peptides and oligonucleotides. These reagents are also suitable for the labeling of small molecules in organic solvents.

The main structural formulas of sulfo-cyanine5 dyes are shown in Fig.1. In the structure, there are five carbon atoms between its two indoline rings flanking the polymethine chain, which makes the Sulfo-Cyanine5 series dyes have high absorption and emission wavelengths. Sulfo-Cyanine5 dyes are water-soluble and can be labeled in aqueous environments without the use of organic co-solvents. This is attributed to the fact that sulfo-cyanine5 dyes carry an additional sulfo group, which facilitates the dissolution of dye molecules in the aqueous phase. At the same time, the charged sulfonate groups reduce the aggregation of dye molecules and heavy-labeled conjugates. The excitation peak (Ex) of sulfo-cyanine5 dyes is 649 nm, the emission peak (Em) is 672 nm, the extinction coefficient(εmax) is 271000, and the quantum yield(Φ) is 0.28. 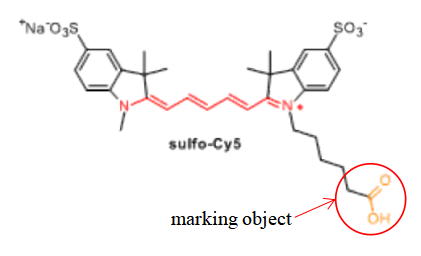 Fig.1 The structural formula of Sulfo-Cyanine5

Sulfo-Cyanine5 dyes can be used to label a wide variety of target molecules, including: soluble proteins, which tolerate the addition of organic co-solvents; antibodies (5-10% using DMSO/DMF); DNA and oligonucleotides; peptides; many small molecules.

Sulfonated cyanines must be used in certain environments, including DMF or DMSO denatured sensitive proteins; when the protein-dye conjugates are purified by dialysis; nanoparticles in aqueous solution; insoluble or hydrophobic proteins. In addition, sulfo-cyanine5 dyes cannot be used when the labeling reaction is carried out in organic media (dichloromethane, acetonitrile).