Sulfo-Cyanine3.5 is a class of red fluorescent cyanine fluorescent dyes with the advantages of low non-specific binding to biomolecules, large extinction coefficient and good quantum yield. They can be used to label such as DNA and proteins and other biomolecules.

The main structural formulas of sulfo-cyanine3.5 dyes are shown in Figure 1. There are three carbon atoms in the polymethine chain, and there are indoline rings on both sides of the polymethine chain. At the same time, the main structural formula also has benzo-fused cyanine. Sulfo-Cyanine3.5 dyes are highly water-soluble and can be used directly in the aqueous labeling reaction system the help of organic solvents to dissolve. Sulfo-Cyanine3.5 dyes are particularly suitable for labeling organic solvent-sensitive biomolecules. In addition, due to the highly water-soluble dye molecules themselves are charged, sulfo-cyanine3.5 will not cause hydrophobic aggregation after labeling on the surface of biomolecules, which improves the stability of fluorescently labeled products. The excitation peak (Ex) of sulfo-cyanine3.5 dyes is 584 nm, the emission peak (Em) is 604 nm, the extinction coefficient (εmax) is 116000, and the quantum yield (Φ) is 0.35. 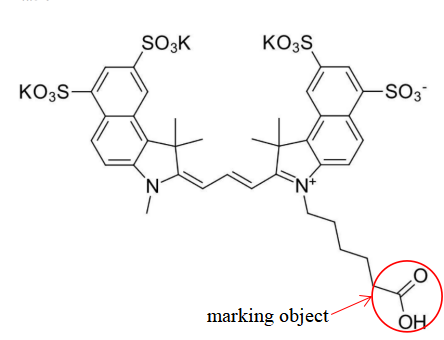 Fig.1 The structural formula of Sulfo-Cyanine3.5

Sulfo-Cyanine3.5 dyes are primarily used to optically monitor membrane potential differences in cells, organelles, and vesicles. These potential-sensitive dyes differ in molecular structure, charge, and permeability through membranes. They can be excited by 561nm or 594nm laser beam during development, and then observed with Texas Red or similar filter, which is a very common class of labeling dyes. Sulfo-Cyanine3.5 dyes should be kept away from light, dried at -20℃, and must be kept dry during use to avoid frequent dissolution and freeze-drying

Sulfo-Cyanine3.5 dyes can be used to label proteins, antibodies, peptides, nucleic acid molecules, nanoparticles and other substances. It should be noted that sulfo-cyanine3.5 dyes are only used for non-medical purposes such as scientific research or industrial applications, not medicinal or edible.