Eosin is the name of several fluorescent acidic compounds that bind and form salts with basic or eosinophilic compounds, such as proteins containing amino acid residues (such as arginine and lysine), and due to the action of bromine dye it dark red or pink. Fluorescein. In addition to staining proteins in the cytoplasm, it can also be used to stain collagen and muscle fibers for examination under a microscope. Structures that are easily stained by eosin are called eosinophils. In the field of histology, eosin Y is the most commonly used form of eosin for histological staining. 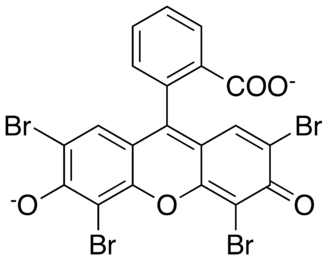 There are actually two closely related compounds, often called eosin. Eosin Y is most commonly used in histology, and its mold is very pale yellow. Another eosin compound is eosin B; it has a very weak blue hue. The two dyes are interchangeable, and using one or the other is a matter of preference and tradition. Eosin Y is a tetrabromo derivative of fluorescein. Eosin B is a dibromodinitro derivative of fluorescein. 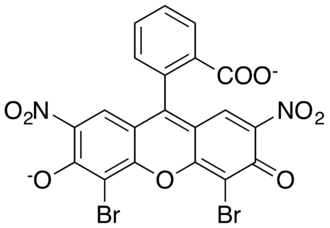 Figure 2. Chemical structure of Eosin B.

In H & E (hematoxylin and eosin) staining, eosin is most commonly used as a counterstain to hematoxylin. H & E staining is one of the most commonly used techniques in histology. Tissues stained with hematoxylin and eosin showed cytoplasm stained pink-orange and nuclei stained dark blue or purple. Eosin also deeply stains red blood cells into red. For dyeing, eosin Y is usually at a concentration of 1 to 5% by volume and is soluble in water or ethanol. To prevent mold growth in aqueous solutions, thymol is sometimes added. A small amount (0.5%) of acetic acid usually deepens the tissue. It is classified as an IARC Class 3 carcinogen. Eosin is also used as a red dye in inks, however, the molecule, especially the molecule of Eosin Y, will degrade over time, leaving its bromine atoms behind, resulting in coatings incorporating this dye over time and get a darker brown tone. 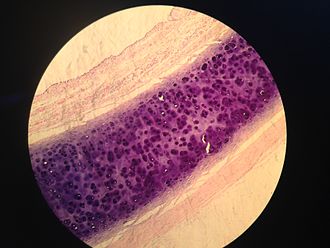 Figure 3. Sample of a trachea coloured with hematoxylin and eosin.