Pyrene is a polycyclic aromatic hydrocarbon (PAH) consisting of four fused benzene rings, resulting in a flat aromatic system. The chemical formula is C16H10. This yellow solid is the smallest peri-fused PAH (one where the rings are fused through more than one face). Pyrene forms during incomplete combustion of organic compounds.

First, it is first separated from coal tar, and the content of pyrene in coal tar is as high as 2% by weight. As a fused polycyclic aromatic hydrocarbon, peri has higher resonance stability than its five-membered isomer fluoranthene. Therefore, it is produced under a wide range of combustion conditions. For example, the output of automobiles is about 1μg/km.

Oxidation with chromate gives naphthylnaphthoquinone, and then naphthalene-1,4,5,8-tetracarboxylic acid. It has undergone a series of hydrogenation reactions and is prone to halogenation, Diels-Alder addition reaction and nitration reaction, all of which have different degrees of selectivity. Bromine occurs in one of the three positions.

Commercial and its derivatives are used commercially to make dyes and dye precursors, such as pyran and naphthalene-1,4,5,8-tetracarboxylic acid. It has strong absorption of UV-Vis in three sharp bands at 330 nm in DCM. The emission is close to absorption, but moves at 375 nm. The shape of the signal varies with the solvent. Its derivatives are also valuable molecular probes through fluorescence spectroscopy, with high quantum yields and lifetimes (0.65 and 410 nanoseconds in 293 K ethanol, respectively). Pyrene was the first molecule to discover excimer behavior. This excimer appears around 450nm.

Pyrene's fluorescence emission spectrum is very sensitive to solvent polarity, so pyrene has been used as a probe to determine solvent environments. This is due to its excited state having a different, non-planar structure than the ground state. Certain emission bands are unaffected, but others vary in intensity due to the strength of interaction with a solvent. Diagram showing the numbering and ring fusion locations of pyrene according to IUPAC nomenclature of organic chemistry. Although it is not as problematic as benzopyrene, animal studies have shown pyrene is toxic to the kidneys and liver. It is now known that pyrene affects several living functions in fish and algae. Experiments in pigs show that urinary 1-hydroxypyrene is a metabolite of pyrene, when given orally. Pyrene are strong electron donor materials and can be combined with several materials in order to make electron donor-acceptor systems which can be used in energy conversion and light harvesting applications. 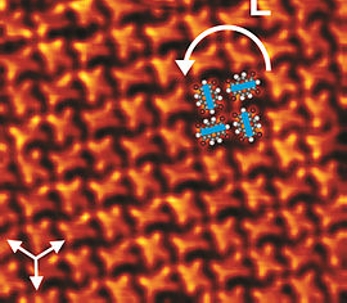