Fluorescent proteins are members of a class of proteins that are structurally homologous. They have unique characteristics that they are self-sufficient enough to form a chromophore of visible wavelength from the three amino acid sequences in their own polypeptide sequence. For biologists, the usual research practice is to introduce a gene (or gene chimera) encoding an engineered fluorescent protein into living cells, and then use a fluorescence microscope to observe the location and dynamics of the gene product. 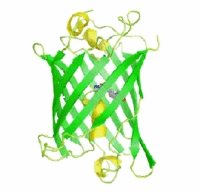 Figure 1. he molecular structure of the green fluorescent protein.

The earliest green fluorescent protein (GFP) was discovered by Shimomura and others in a jellyfish with the scientific name Aequorea victoria in 1962, and the second GFP was isolated from marine corals. Among them, jellyfish GFP is a monomer protein composed of 238 amino acids with a molecular weight of about 27KD. GFP fluorescence is mainly generated by the nucleophilic attack of glycine amide at position 67 on the carboxyl group of serine at position 65 in the presence of oxygen. After the dehydrogenation reaction of the imidazolyl group at the carbon atom at position 5 and the α-2β bond of the tyrosine at position 66, the aromatic group is bound to the imidazolyl group. In this way, the p-carboxybenzoate cyclone chromophore is formed in the GFP molecule to emit fluorescence. After clarifying this principle, GFP was widely used in biological research. Various manufacturers such as Promega, Stratagene (including orange protein preparation technology from the Chinese University of Hong Kong), Clontech (now Takara) And so on have produced the corresponding products.